"Used your services twice now and am very satisfied with the experience and customer service received!" 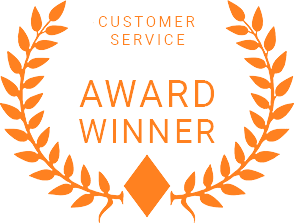 Business as usual during these times and all laboratories are operating.

homeDNAdirect Australia is your local provider for all your DNA testing needs. We offer the most up-to-date portfolio of tests available all backed by our many years of experience in this field. The laboratories in which the analysis of your DNA will take place have carried out more than 250,000 tests to date. Our range of services includes 21 genetic marker paternity testing which can be used for legal or home/peace of mind purposes. Our home paternity test for the testing of alleged father and child starts from as little as $309. There are NO EXTRA FEES. We will email your results in only 5-7 working days (starting from the moment we get your samples in the laboratory).

homeDNAdirect is part of an international company and has a number of offices across the world, including the United Kingdom and Australia. Should you require a test where people are living in different countries, we can coordinate the test for you efficiently and timely. Your DNA samples are analysed in an ISO 17025 accredited laboratory. This accreditation means the laboratory is top-notch in all aspects of its testing which in turn translates to results you can fully trust whether you have opted for peace of mind testing or legal testing. homeDNAdirect offers a range of DNA testing services to meet every type of query and answer any of your relationship questions. Our paternity testing is carried out on a 21 genetic marker profile and offers 99.99% accurate DNA test results in cases where the alleged father we test is the biological father of the child or children. We also offer a highly advanced and risk-free prenatal paternity test for which we require only blood samples from the mother. Read more about our paternity testing services. 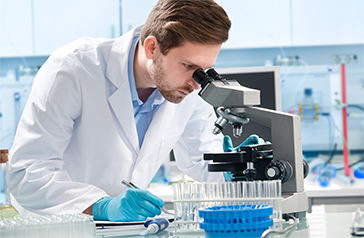 homeDNAdirect is your local provider of DNA testing services operating from our office in Auckland. We offer a wide range of paternity tests and relationship testing services as well as clinical, health and prenatal tests. Our DNA tests are carried by an internationally accredited laboratory that has conducted in excess of 300,000 tests worldwide for your peace of mind and assurance. We offer a cheap, accredited, comprehensive genetic marker DNA paternity test for one alleged father and child for the one-off price of only NZ$ 309 – with results available in just 5-7 working days. This fee includes the kit for sample collection, the analysis and a fully comprehensive report. There are NO EXTRA FEES. Once your order has been placed your DNA testing kit will be sent promptly from our Auckland office. We offer our services all over New Zealand including the cities of Wellington, Christchurch and Hamilton. Our home testing kit is extremely quick and pain free. Sample collection is done using simple mouth swabs enabling you to easily collect DNA samples in the comfort of your own home. 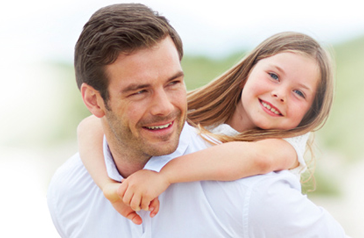 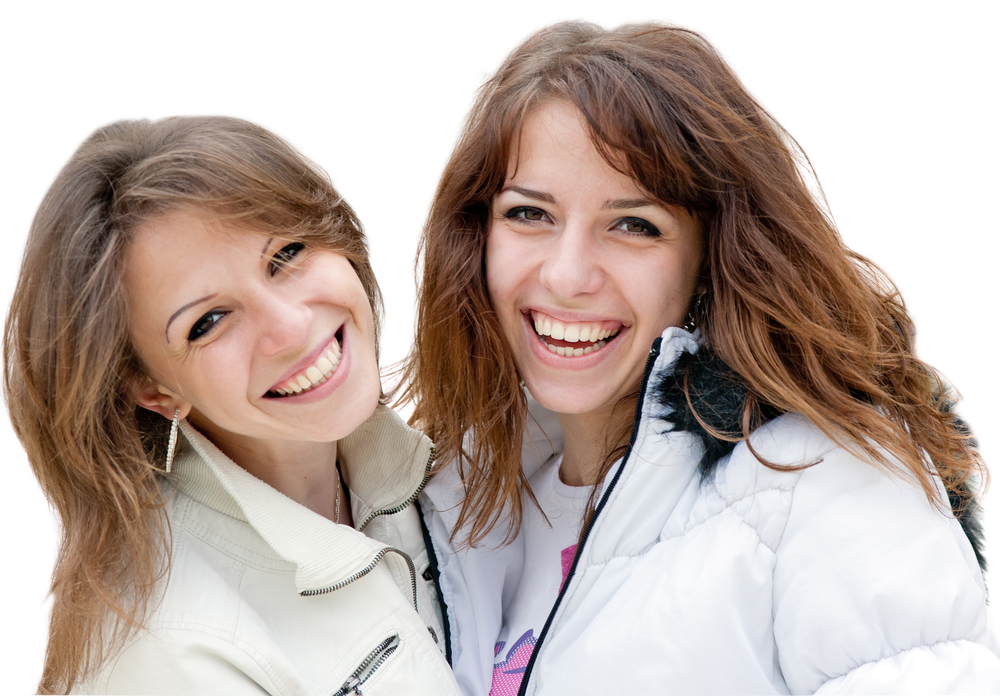 Thank you for your assistance with everything it is much appreciated
New Zealand, 17 Dec 2019

I was happy that it was discreet and so easy and helpful.
New Zealand, 02 Dec 2019

All my communication with you has been very professional and very prompt. I really appreciate the patience that your team had with me as I tried to work out what to do and my next steps etc.
New Zealand, 04 Oct 2019

The service and communication we received were very good. The process in what was a difficult time was made easier by the support and help we received
New Zealand, 30 Jun 2018

I was very nervouse to do this on-line. A person is never sure if you will get what you paid for. I am happy to say that I am very impressed with the professional manner that you have handled the whole process. I will definetly recommend your company without a doubt. Thank You Very Much!
South Africa, 22nd May 2017

Very efficient service not once i’ll have to use often for obvious reasons but an experience of superior customer service never to be forgotten.
United Kingdom, 11th May 2017

Really happy with service would reccomend you to others
United Kingdom, 9th May 2017

Prompt delivery and good turn around of results even with the Easter Bank Holiday.
United Kingdom, 1st May 2017

Found your service very useful and very easy to use and great support throughout.
United Kingdom, 12th March 2017

Got results 3 days earlier than expected. Happy with that! 😀
United Kingdom, 10th March 2017

Efficient and informative what else can one say 🙂
New Zealand, 6th March 2017

My discussions with your people on the phone before ordering the test and their explanation of what was necessary to determine outcome we were looking for was extremely helpful. Without it we would have floundered around not knowing what we were doing.
United States, 24th February 2017

The results came faster than I expected.
Canada, 23rd February 2017

Can’t begin to explain how much relieved I am to have results and more importantly a few days faster than the expected time quoted. Thank you.
New Zealand, 22nd February 2017

Thanks for fast feedback and easy to follow instructions!
South Africa, 13th February 2017

Customer service very friendly and answered all the questions I had before the test.
United States, 8th February 2017

We happy with the service we received quick and simple without all the hassle of having to go through a lawyer to have the test done.
New Zealand, 7th February 2017

I’d just to say thank you! Your professional and informative service made all this a little easier. I will definitely recommend you to anyone who finds themselves in the position I was in.
United Kingdom, 4th February 2017

I had to phone back several times with questions after and I found the staff to be very kind and patient with me as my news was not in my favour – much appreciated.
Canada, 28th December 2016

I found the costumer service team very helpful and the whole experience was made easy by effective communication.
United Kingdom, 15th December 2016

I have had a positive experience. Thank you for your service.
Canada, 9th December 2016

Had a great experience with your services .
New Zealand, 22nd November 2016

I am particularly pleased with the manner the results were summarized. You were careful enough not to directly and categorically link the ‘reference profile’ to the tested samples since you did not witness the collection of all the materials submitted for testing. Good logic and clever move! It saves the company from a lot of [...]
Canada, 18th September 2016

After I received the package in the mail I called the phone number listed and the lady who answered was very helpful and very truthful about my situation and I appreciated that.
Canada, 30th September 2015

Excellent service and we received the results that we wanted so win win.
United Kingdom, 29th September 2015

Thank you for a good service.
Australia, 28th September 2015

Thank you for the quick and speedy results. The easy to follow step by step instructions and the prompt return of emails regarding any of my concerns.
Canada, 25th September 2015

Very professional. The customer service team were in contact at every step.
Australia, 25th September 2015

Great! Thank you 🙂 Years of stress have been lifted.
Canada, 21st September 2015

Very pleased with service. Fast delivery of swabs and fast results. Also greatly pleased with the price. Information on how to use it was very clear with no confusion. Greatly recommend.
Ireland, 20th September 2015

All I have to say is what a brilliant service you run and thank you for changing my life! 🙂
United Kingdom, 18th September 2015

I have been very happy with the service provided to me in this difficult and emotionally testing time for me. Especially in my email dealings.
Australia, 16th September 2015

I found the service to be prompt thus far.
Canada, 15th September 2015

Thank you for bringing my TRUTH to light!!…. For confirming what I ALWAYS knew!! Thank You!!
Canada, 12th September 2015

The process was easy and the results were obtained quickly.
Canada, 9th September 2015

I appreciated the prompt email on the day the original test results were due notifying me that there had to be a retest and then the promptness by which the retest was done and the results were forwarded.
Canada, 8th September 2015

They have been great letting me be a pain and still smiling in their voices and so very helpful a rare treat as most companies will hang up on you rather than help. I would recommend them as a A+ company. Thank you again for all your help and will use your company again if [...]
Australia, 4th September 2015

Very fast results. Just what I wanted to see although the mother disagrees with the test but I think it’s spot on. Thank you.
United Kingdom, 19th March 2014

The results came faster than I expected.
Canada, 23rd February 2013

We happy with the service we received quick and simple without all the hassle of having to go through a lawyer to have the test done.
New Zealand, 7th February 2013

All covered in above.
New Zealand, 9th February 2012

Customer service very friendly and answered all the questions I had before the test.
United States, 8th February 2012

I’d just to say thank you! Your professional and informative service made all this a little easier. I will definitely recommend you to anyone who finds themselves in the position I was in.
United Kingdom, 4th February 2012

Can’t begin to explain how much relieved I am to have results and more importantly a few days faster than the expected time quoted. Thank you.
New Zealand, 22nd February 2011

Thanks for fast feedback and easy to follow instructions!
South Africa, 13th February 2011